The last day is here: This is just the beginning! Recap of the last day at the #EAYW 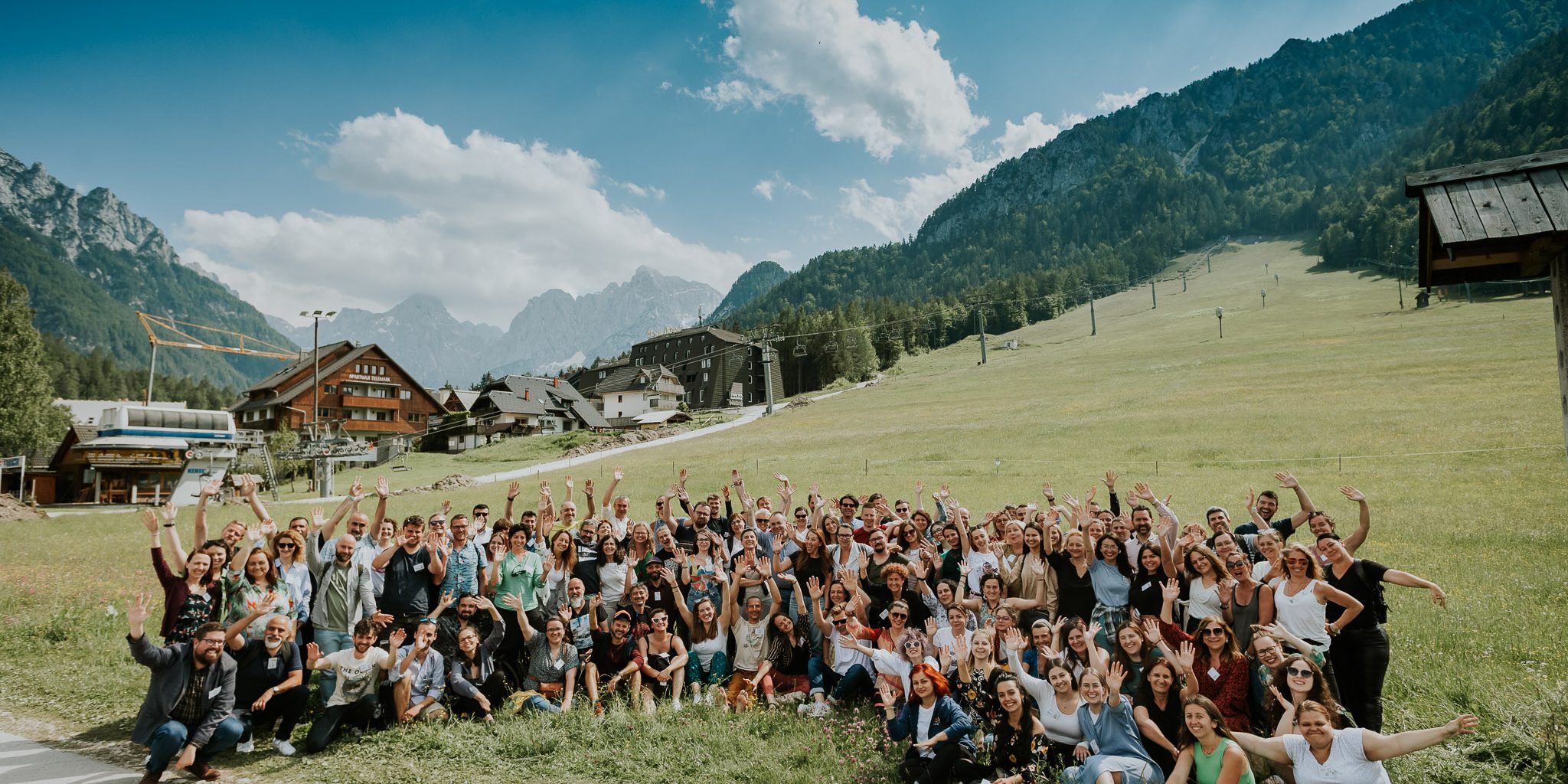 The last day of the Academy started a bit differently. Not only did people arrive for the morning plenary opening, but with them their suitcases and backpacks, reminding everybody that it was slowly time to say goodbye.

But before the final hugs and wishes for safe (preferably green) travels, there were a few more moments for us to share together.

The first of them was looking at the resources that we can divide in two main groups: resources inside ourselves and resources from outside. The second one could be quite obvious (but still, do you know alllllllllll or at least some of the resources already available for the community?), but we often forget what already exists within ourselves. We shall not forget to water these valuables.

There was also the chance to go to Forum format for the last time. Six contributors shared with the participants different Resources for supporting innovation and quality in youth work. Since the groups were smaller, there was plenty of space for discussions, focusing not only on the resources but also on several points that arose during the past days. One of the most important realisations that came out of the smaller groups, is, I think, that Innovation is not a goal by itself, but it’s the process that has the biggest value. It’s the process that we want to promote.

Looking back and looking forward

The preliminary conclusions were not made only by participants, but especially by Academy rapporteur Boško Stankovski, who shared insights from the questions explored during the Academy, stating that European Academy on Youth Work is a unique event in youth work on European and probably also on a global level. We share with you some of the preliminary conclusions from the Academy, but don’t worry, a more detailed Final Report is coming in the next few weeks, so stay tuned!

Community is the Curriculum

The meaning that we learn from each other could sum up some of the final words from participants, sharing their impression of the past few days.

Before officially closing the event, we welcomed Jacob Kornbeck, Policy Officer at the European Commision, Youth Unit, who shared his thoughts about the Academy, Jan Lai, member of the EAYW Advisory Board and Sonja Mitter Škulj, EAYW coordinator, who was responsible for the amazing event that we had pleasure to be a part of, thanking everyone who had been involved in every manner possible and closing the event with a big applause.

To leave you with a thought that might give you some sleepless nights 😛 It’s from a Dinosaur at the event “Why Innovation? The World is fine as it is!”

Is it? Is it really?

Let’s try to change our mindset towards innovation. No pressure, it’s a process.

This website uses cookies to improve your experience while you navigate through the website. Out of these, the cookies that are categorized as necessary are stored on your browser as they are essential for the working of basic functionalities of the website. We also use third-party cookies that help us analyze and understand how you use this website. These cookies will be stored in your browser only with your consent. You also have the option to opt-out of these cookies. But opting out of some of these cookies may affect your browsing experience.
Necessary Always Enabled
Necessary cookies are absolutely essential for the website to function properly. This category only includes cookies that ensures basic functionalities and security features of the website. These cookies do not store any personal information.
Non-necessary
Any cookies that may not be particularly necessary for the website to function and is used specifically to collect user personal data via analytics, ads, other embedded contents are termed as non-necessary cookies. It is mandatory to procure user consent prior to running these cookies on your website.
SAVE & ACCEPT